The Stork Tour– through Hohenfelde past stork’s nests

Starting point, just as for the Peewit and Summer Tour, is the train station of Horst. This time, our path leads us north of Horst-Herzhorn.

We leave the village of Horst following the Heisterender Weg and reach the municipality of Hohenfelde (approx. 960 inhabitants), located on the geest ridge. The village centre around the church almost looks like it did centuries ago. Despite the village’s direct connection to the motorway A23, Hohenfelde is still mostly an agricultural location. A number of retailers and craftsmen also form a part to the village’s infrastructure.

The tour is named after a number of stork’s nests that are usually occupied from spring on. 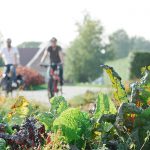 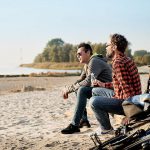